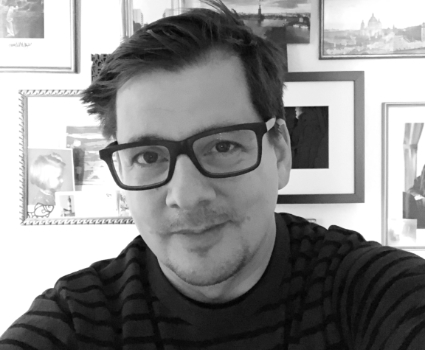 Jan Schneider studied communication design in Munich (diploma 1996) and production design at the Film University KONRAD WOLF Potsdam Babelsberg (diploma 2009). Between this he worked as a graphic designer at a advertising agency and as a set designer for computergames.

From 2009 to 2014 he was an research associate in the department of productiondesign at the Film University KONRAD WOLF Potsdam Babelsberg. Since that he is there a lecturer for digital image design.

Jan Schneider is also a freelance concept artist and set designer for various film productions (animation and live action), as well as a 3D artist for VR and previz.
In the project Kollisionen he is working as a 3D modeller and set designer.