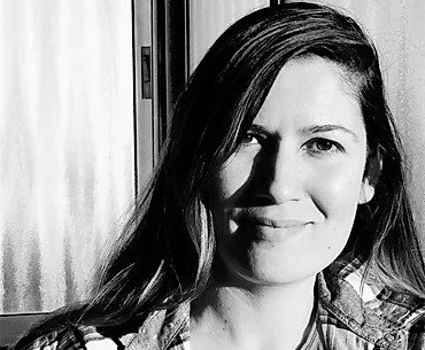 Lena Grigorian has a Bachelors’ graduate from The Steve Tisch school of Film and Television, at Tel-Aviv University, and Masters’ thesis graduate from Porter School of Environmental Studies. She had developed a multiplayer Virtual Reality (VR) Israeli supermarket for her research about food waste. The simulation was later used in the psychophysiological trial with Israeli participants at the Sagol Brain Institute, VR lab, at Sourasky medical center in Tel Aviv. Following the VR development experience, she worked as a freelance developer developing various VR/AR/3D projects with Unity3D, for academy, design studio, and startups.

In 2018 she worked as a freelancer on a VR pilot experience for Tatiana Brandrup and the Filmuniversität Babelsberg KONRAD WOLF at University of Potsdam, about the house of Sergej Eisenstein.

In the years 2019 and 2020 she was employed at Blimey company at Jerusalem and developed the VR documentary experience The Holy City VR together with the Canadian Company Occupied VR.
She then adjusted the experience to a multiplayer AR/VR game as a sole developer and showcased it in multiple film festivals, including winning best VR experience prizes.

In 2020 she worked at the Supersonic ltd., at the in-house studio Upopa games, working on various mobile hyper casual games, including the Run Royale 3D and Dash Draw games.